The non-profit organization Mentem – brain training was developed with the intention of spreading knowledge to the general public about the possibilities for improving the functions of the human brain and its cognitive functions. We started development in 2013 and in cooperation with experienced experts in the field of e-learning and cognitive psychology the Mentem.cz project was launched in November 2014. 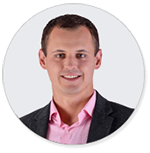 Founder and manager of the Mentem project. He has been actively engaged in the field of psychology and brain functioning since 2011 when he came up with the idea of an online project that would help to improve cognitive brain function. 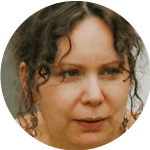 A psychologist and therapist with a psychology degree from Masaryk University in Brno. Her further education includes psychotherapy training, courses, and practice in the field of clinical psychology and psychodiagnostics. She worked at the Centre for Children and Adolescents in Need for eight years. She currently works at the Pedagogical and Psychological Counselling Centre of Brno and runs a private psychological practice.

A psychologist at a rehabilitation institute where, among other things, she is responsible for neuropsychological diagnostics and rehabilitation of cognitive function after brain damage. At the same time, as part of her doctoral studies at Masaryk University in Brno she is engaged in research on procrastination. One of her hobbies is the popularization of psychology through several online portals. 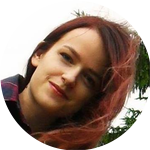 A student of psychology with a degree in media studies and journalism from the Faculty of Social Studies at Masaryk University in Brno. She focuses especially on the phenomena of dreaming, media communication, and creative thinking. Through the popularization of psychology, she would like to support critical thinking among the public. 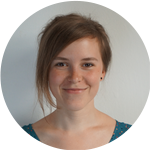 Holds a psychology degree from Masaryk University in Brno. She first became familiar with brain function training while working as an EEG biofeedback therapist. In cooperation with CEREBRUM and University Hospital Brno, she is currently engaged in cognitive rehabilitation training for people with brain injuries. 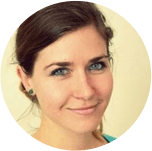 A psychologist working at the Psychiatric Hospital in Opava, she is mainly involved with patients with psychosis and severe depression. She has previously led cognitive training sessions at CEREBRUM. She is interested in neuropsychology and social cognition, which she is exploring as part of her clinical psychology doctoral studies at Masaryk University in Brno.

A psychologist who graduated from the Faculty of Social Studies at Masaryk University in Brno. As part of the Prah association, he participated in cognitive training at the psychiatric ward in Bohunice, and he now works as a consultant at the Internet Advisory Centre of the Department of Psychology of the Faculty of Social Studies at Masaryk University. His interests include cognitive research, and he is currently involved in a research project with Goldsmiths, University of London. He is also working with several senior citizen organizations for whom he organizes lectures on memory. 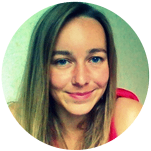 A graduate in psychology from Palacky University in Olomouc. Currently, she is continuing her studies at the Université de Friborg in Switzerland, where she specializes in clinical psychology and health psychology. She is particularly interested in the application of cognitive and affective neuroscience research to everyday life. She also tries to popularize psychology through educational workshops for the public. 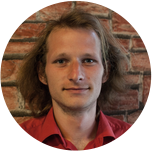 Vojtech Pisl received a bachelor’s degree in psychology from Masaryk University in Brno. He has also took part in courses at such various institutions as Eötvös Loránd University in Hungary, Aalborg University in Demark, and The Coaching Academy in London. He has received education as a neurofeedback therapist in Prague and Hanover. In his leisure time, he is interested in the fields of neuroscience and psychology, within which he works as a publicist and translator. For example, he has published a series on neurofeedback in psychology. He is currently translating a publication by Ramachandran.

A bachelor’s student in psychology at the University of Nicosia in Cyprus. She is currently taking part in an internship at Mentem. Her area of interest is social and clinical psychology. In recent months, she has been working on the Perach Tutorial Project, which is aimed at helping children growing up in disadvantaged socio-economic conditions. 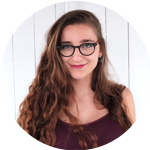